His video message sparked a wave of criticism.

A man named Tural Safarov, shared a video message on July 6, targeting Azerbaijani women and justifying sexual harassment. Safarov, who goes by the nickname of Pantural on social media, said in his video message that he shared on his personal Instagram page (the video was removed after strong backlash) that men feel uncomfortable when women dress “revealing” and therefore cannot control themselves, leading to sexual assault. In another comment posted under the video, Safarov openly encouraged raping the women who dress in a “revealing” manner.

Tural Safarov film director from Azerbaijan released a 40-minute video defending sexual assault and indicating that he believes he is the future of the country. A transcript of the video is below:

There are some women who encourage men to slap them from behind when they open their body parts. You just want to slap them. And if they turn around and ask why I would tell them ‘are you out of your mind?! You have left your body parts exposed and I am slapping them. Are you messing with me?!’ Why do you leave your parts exposed? If they are, then I will touch them. I enjoy it. You are playing with my natural instinct.  Do I have to walk around like a blind man, covering his eyes with his hands, because of you? Then dress properly. Cover your body parts. Why is it so important for you to show it? If you are showing it, then I will slap you. I enjoy it. It turns me on. This is how I have been made. It is a natural sensation. Why do I have to control myself?! You have left your body parts exposed, so I am going to slap it like that.

His video message sparked a wave of criticism but there were also plenty who supported his claims. Nadir Gafarzade, an Azerbaijani singer said in an interview with Meydan TV, a Berlin-based online media outlet, there was nothing about violence against women in the video. “I saw the video posted by Pantural. And he doesn't talk about violence. He only said to some women not to walk around naked […] I liked what he said. Modernity is not about dressing up openly. So what it is summer. Then, men too should walk around in their underwear. We too are hot.” Gafarov, retracted his comments after Tural Safarov apologized.

Others disagreed. In an interview with Meydan TV, Shahla Ismayil, who runs a Women's Association For Rational Development, noted that Panturali's video message contained all the elements of hate speech.

In Azerbaijan, women's freedom is measured by their choice of dress code. This is especially in the case of men and how they choose to see women. This is aggressive, and patriarchal view. The reaction given to how women dress is indeed related to pathological fear. They think if women and men are equal, then men, are going to lose their status.

As a public figure, with over 70,000 followers on his Instagram, Safarov is shaping public opinion, said activist Gulnara Mehdiyeva, who is known for her work on gender equality and combating violence against women. “I consider such statements to be quite dangerous for the Azerbaijani society because they normalize violence and sexual harassment so the culture of violence becomes common,” Mehdiyeva told regional online news media Jam-News. “These speeches shape public opinion. He is a public figure, he has a residual number of followers.”

Alasgar Mammadli, a media law expert, from Azerbaijan told Meydan TV there was an open call to violence in the video. “The calls to violence in this video are punishable under Article 220 of the Criminal Code. Because freedom of speech does not protect calls to crime and hate speech. The instigator can face up to three years in prison for this,” Mammadli told Meydan TV.

As a penalty for the video, Safarov had to briefly talk with the police. He was then let go. The film director then shared another video, where he apologized for what he did. However, some people, like journalist Ulviyya Ali, said the apology video was far from sincere.

The blogger was forced to film an apology video. Filmed as a result of police authority these kind of videos cannot be supported as they set a precedented. Basically, we can see from the new video, that the man, did not understand the mistake he made and his thoughts remain the same. He was simply forced to take a back step due to pressure.

Safarli said the following in his video message:

I did not insult anyone. My intentions were good. I was referring to immoral women. I apologize from women and certain that the men understood me. It was a forty-minute video and at some point, I got too emotional. I have also been the supporter of doing and acting in what you believe in. I have only said to women not to crush men. Men are your support. Respect the men so they can respect you back.

At the end of the video, he critiques the media for sharing the video on the grounds that people watching it would misunderstand.

“I do not consider an apology a kind of punishment. There are crimes that cannot be corrected with an apology. Instead of cultivating a tradition of apologizing, people should face real punishment,” said Gulnara Mehdiyeva in an interview with Jam-News.

“According to him [Tural Safarov], if a man gets aroused, he can rape anyone. This is, of course, a criminal thought and absurdity,” said lawyer Vafa Rustam to Jam-News.

The film director was also heavily criticized on social media.

Self-proclaimed Instablogger PanTURAL SAFAROV who openly admitted to physically assaulting women because of their clothing is nothing other than an instigator to mass violence. IRFS calls on the authorities to investigate all public calls for #ViolenceAgainstWomen in #Azerbaijan pic.twitter.com/BkrYis43C7

Thanks to Pantural, we were able to see the extent of just how many sick, potential if not real rapists there are in this country. It does not matter if he is a man or a woman. They are all equally not normal, and potential criminals dangerous for a society. What I am trying to say is that for the first time, we can agree that those who openly or secretly supported him, who saw truth in his video, cannot be normal people. They must all be corrected quickly.

Violence and harassment against women in Azerbaijan is a persistent problem and one which has seen little improvement in recent years. And as long as men like Safarov get away with no accountability for their actions, the path to seek justice and find comfort for victims of violence and harassment remains bleak. 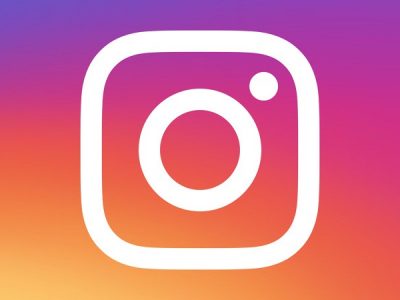