A new round of detentions plunged the country further into autocracy 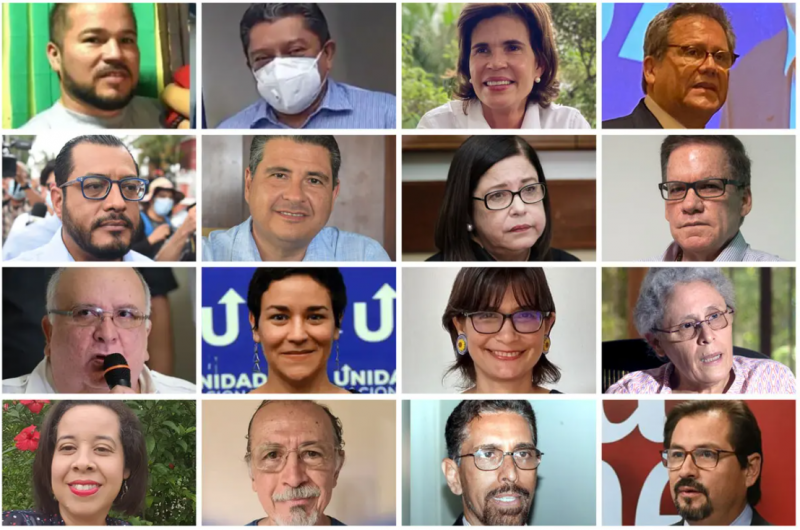 Nicaragua further plunges into autocracy as, one by one, the government detains and disappears opposition figures ahead of Nicaragua's November 7 elections.

Eighteen opposition challengers have been detained in a matter of weeks, four of whom were potential presidential candidates.

As of June 21, no one knows the whereabouts of 12 detained people. Government officials have not released any photos of opposition figures in prison uniform, as they have done so with previous political prisoners. Family members of those detained are demanding proof of life.

For many, the persecution of opposition figures makes it clear that President Daniel Ortega, leader of the guerilla party National Sandinista Liberation Front (FSLN), is not willing to face free presidential elections this November.

Most opposition leaders are charged under the “Sovereignty Law,” which accuses them of committing acts that undermine the country's independence, sovereignty, and self-determination and incite foreign interference. Vice President and first lady Rosario Murillo has called the opposition “coup leaders.” She also described Nicaragua's political opponents as criminals, thugs, and terrorists with links to organized crime.

This round of detentions began at the beginning of June, and since then the arrest of opposition has not ceased.

On June 2, the police raided the home of potential presidential candidate Cristiana Chamorro under money-laundering charges related to her work with the Violeta Barrios Foundation, a philanthropic organization named after Chamorro's mother who defeated Ortega at the voting booths to win the presidency in 1990. The detention came a day after Nicaragua’s electoral tribunal banned her from running for the presidential elections through the opposition's group Citizens Alliance for Freedom (CxL). She is currently under house arrest, while authorities continue to conduct an investigation of financial irregularities related to the foundation.

Three days after the detention of Chamorro, police forces arrested another potential presidential candidate, Arturo Cruz. Cruz is a former Nicaraguan ambassador to the United States and Canada. He had registered his presidential candidacy through CxL.

Cruz became the first candidate to be charged through the Sovereignty Law. According to Cruz's family and friends, he is currently detained in jail. 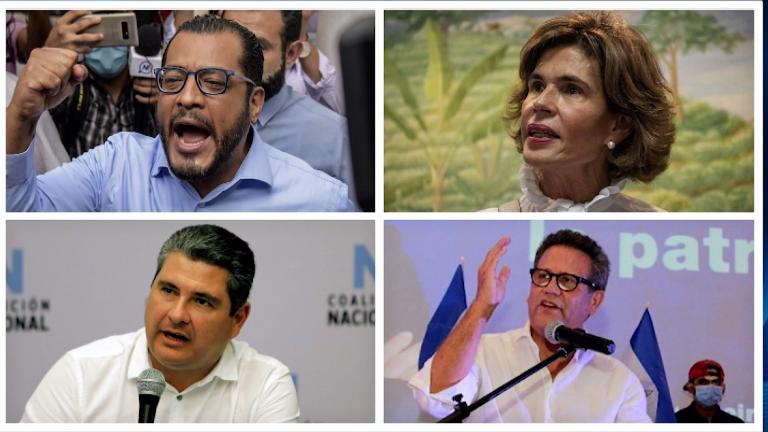 June 8 marked the “night of the long knives”, as described by the Nicaraguan writer Gioconda Belli, referring to the night Adolf Hitler ordered to kill 85 political members to consolidate power.

But the hunt did not stop there. On June 12, feminist activist Tamara Dávila was captured in front of her four-year-old daughter.

The following morning, a Sunday, the Ortega-Murillo regime went after four politicians of the opposition group Unamos, including former guerrilla leader Dora María Téllez and Tamara Dávila’s aunt, feminist activist Ana Margarita Vigil. Family members recounted in detail how more than 60 riot police broke down their doors with guns drawn. They were beaten before taken to prison. Retired general Hugo Torres was arrested next.

Téllez and Torres are known to have led assaults during the 1970s against Nicaragua's former dictator Anastasio Somoza to release revolutionary Sandinista prisoners, including a young  Ortega. They are now Ortega’s prisoners.

Now, these 13 opposition figures join the list of the more than 120 political prisoners who have been incarcerated since massive anti-governmental protests in April 2018. On June 21, a fifth political precandidate, Miguel Mora, was detained.

For many, Ortega's riddance of opposing public figures comes as no surprise. He was elected in 2006 under the banner of Sandinista party FLSN, with much hope for Nicaragua’s future, but as years went by, he strengthened his control over the country’s democratic institutions. Along the way, he appointed close friends and family in top government positions and secured the possibility of being re-elected for life by passing a constitutional reform.

In 2018, citizens protested against his government as police and paramilitary forces killed an estimated 325 people and imprisoned 602 others. Since then, the Nicaraguan government has passed several laws inhibiting freedom of association and freedom of the press. In April 2021, Nicaragua's National Assembly appointed new magistrates favoring the interests of President Ortega.

Alexander Gomez, a member of the political opposition group Citizens Alliance for Freedom (CxL), told me that the government knows the majority of the population wants to vote him out, which drives him to detain his opponents. Despite the tense climate, Gomez continues to demand electoral reforms that are fair, transparent, and competitive.

For youth activist Yunova Vargas, part of Nicaragua's Civic Alliance (ACN), the arrest of the opposition took her by surprise. She told me:

If the arrest of these 13 oppositions leaders is a tactic for Ortega-Murillo to demoralize the Nicaraguan opposition, then rest assured that the Nicaraguan youth will continue to urge the change this country needs.

Saddened to see the country's hostile political climate, Nicaraguans from different parts of the world organized demonstrations to urge the release of political prisoners. Nicaraguan exile Karla Gago feels helpless watching from afar how Ortega-Murillo is persecuting her friends, she told me.

The international community, already familiar with Ortega's crimes against humanity, reacted swiftly. The United States demanded the immediate release of opposition members. The U.S. State Department official Julie Chung also referred to Ortega as a dictator and the Treasury Department implemented more sanctions on Ortega’s inner circle. Members of the European Parliament called for the suspension of an agreement overseeing around $380 million in exports each year if Nicaragua's government does not release the prisoners and allow for transparent elections.

On June 15, the Organization of American States condemned the crackdown and 500 academics urged the Ortega regime to end the repression, free the political prisoners, and allow for free and fair elections in November.

Despite the international pressure Ortega’s government received, the regime has not released any political prisoners yet. The night of long knives has not ended for Nicaraguans.