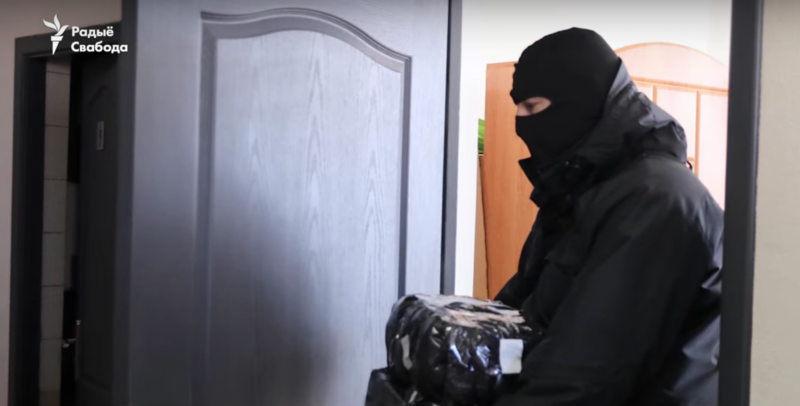 Since the start of the protests against rigged presidential elections in August 2020, Belarusian authorities have been steadily targeting not only protesters, but also independent news outlets and civil society organisations. There are currently over 570 political prisoners in Belarus, according to Vyasna human rights group. But mid-way through 2021, Aliaksandr Lukashenka's crackdown seems to have escalated, reaching an unprecedented scale.

After Tut.by, Belarus’ top independent news website, was blocked in May 2021, the authorities have targeted other media outlets. According to multiple reports by the Belarusian Association of Journalists, between July 6 and 19, at least 63 searches were conducted by law enforcement officers at journalists’ homes and newsrooms. Thirty-three news media staff are currently behind bars.

Police also searched the homes of several other Nasha Niva employees. The Belarusian Ministry of Information said in a statement released the same day that it had blocked Nasha Niva's website after prosecutors accused the news outlet of distributing unlawful information.

Also on July 8, authorities detained or searched the offices and homes of a number of other independent reporters.

Alesia Latsinskaya, correspondent for the independent news website Bobr.by in Babruysk, was briefly detained after her house was searched, but was released after signing a non-disclosure agreement.

The homes of Zmitser Kazakevich and Vitaly Skryl, freelance correspondents for the independent broadcaster Belsat TV in Vitsebsk, were also searched. Skryl was later detained and accused of insulting a government official.

Police officers also detained Zmitser Lupach, a freelance correspondent for Belsat TV, while he was being treated at a medical facility in the town of Plisa, and searched his home in his absence.

In the city of Orsha, law enforcement searched the homes of Ihar Kazmierczak, a correspondent with the independent news website Orsha.eu, and Denis Dubkov, a photographer for the same outlet. Dubkov was questioned and released, while Kazmierczak remained in detention for three days.

In Brest region, on the same day, state security services raided the offices of the independent news websites Brestskaya Gazeta, Media-Polesye.by and Intex-Press in the town of Baranovichi. Earlier, on July 6, police detained Aleh Suprunyuk, editor of the Brest-based news website Pershiy Region, for alleged “distribution of extremist materials”.

As reported by BAJ, on July 7 a Minsk court upheld its previous decision to recognize materials published by the independent news outlet Tut.by as “extremist”. Thirteen Tut.by employees remain in custody since arrests in May for alleged tax evasion.

On July 16, five more journalists were detained by Belarusian law enforcement. After a raid by police of the headquarters of the Belarusian service of Radio Free Europe/Radio Liberty where computers were confiscated, Alieh Hruzdzilovich, Alies Dascynski and Inesa Studzinskaja were arrested and their homes searched. Journalists Valiancin Zdanko and Maryna Arcybasava also had their homes searched.

Franak Viachorka, an adviser to opposition leader Sviatlana Tsikhanouskaya and an ex-journalist, expressed his dismay at the mass detentions on Twitter:

At least 12 journalists faced searches or detentions today – and it’s only 10 am. Lukashenka’s thugs continued their manhunt on the independent media. Some believe the total destroy of media and NGOs is designed to be a ‘present’ to Lukashenka from his cronies ahead of August 9. pic.twitter.com/Z1NlPrUqVX

On July 14, police officers broke into the offices of multiple human rights organisations, detaining over a dozen staff and conducting searches, including targeting some of the employees’ homes.

Police also raided the Minsk headquarters of the Belarusian Association of Journalists (BAJ), the key media rights organisation in the country.

According to human rights activists, other organisations whose offices were targeted in the July 14 raids included the Lawtrend rights group, Human Constanta, the Association of the World's Belarusians Batslaushchyna (Fatherland), the Territory of Rights group, the Gender Perspectives human rights organization, the Names project, the Union of Belarusian Writers, the Belarusian Popular Front, the For Freedom movement, and the BEROC Center of Economic Investigations.

On July 16, law enforcement conducted searches at the homes of Maryna Dubina, director of an environmental group Ecodom, and of Halina Uscinava, a member of the board of Pravavaja Inicyjatyva, a legal defense and human rights group.

Mary Lawlor, UN Special Rapporteur on Human Rights Defenders, condemned the crackdown on Belarusian civil society and said that “peacefully defending human rights is legitimate & should never be persecuted”. Marie Struthers, Amnesty International’s Director for Eastern Europe and Central Asia, also criticised the latest crackdown, and said all those detained “must be released immediately, and this campaign against civil society must end”. 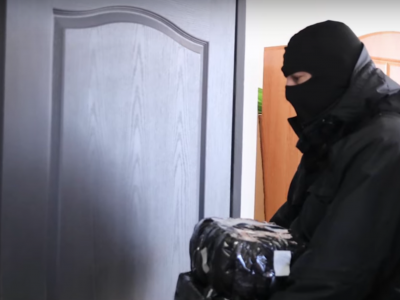